Misty Mamas with Three Together 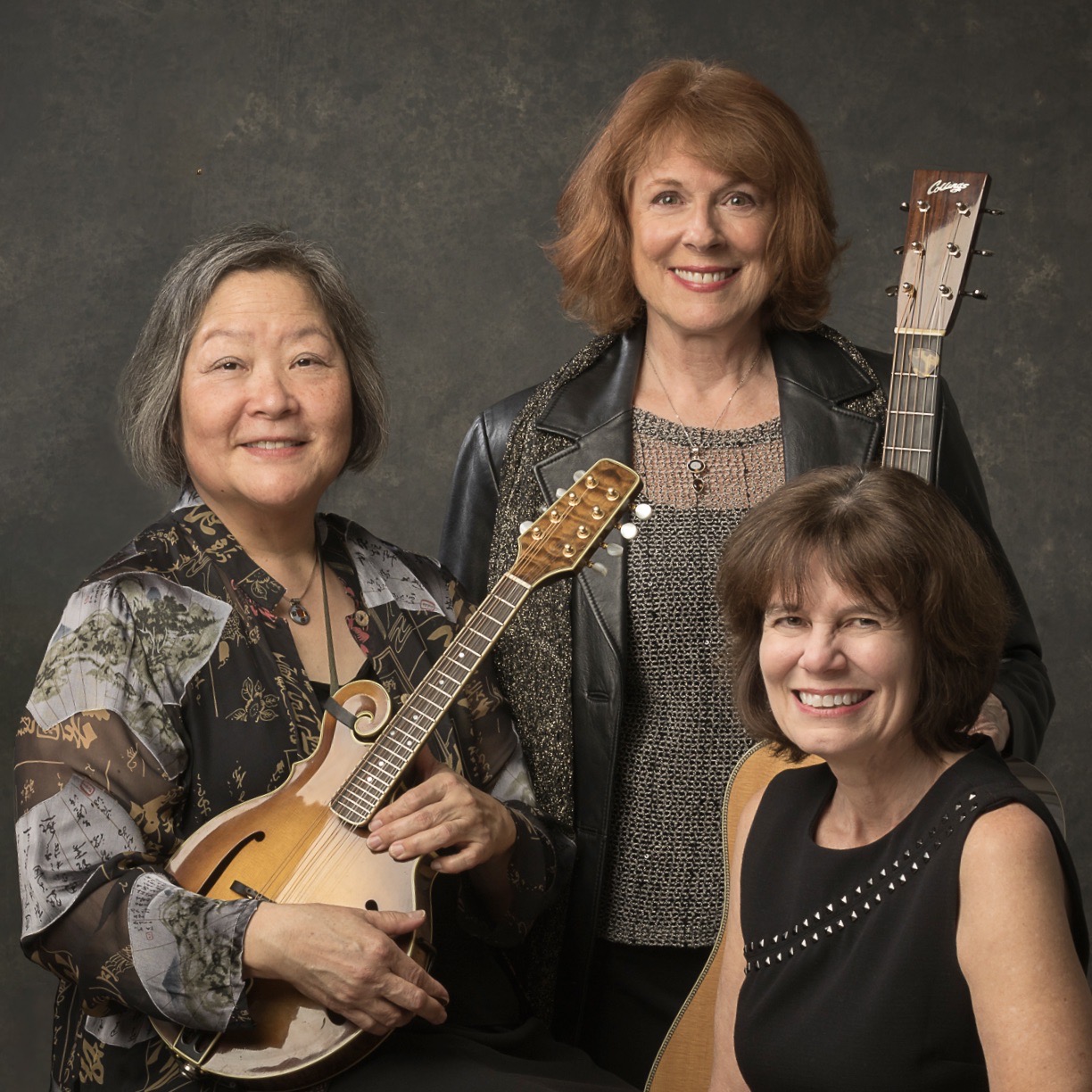 MISTY MAMAS' new cd "Come On Home" is now available!
This band – together since 2005 – has made a real name for itself in the Vancouver/Portland acoustic music scene. Collectively these women (plus Tony Rocci since Oct. 2014) have decades of experience playing and singing in harmony. MISTY MAMAS serve up Home-Style bluegrass filled with powerful harmonies, traditional and original songs as well as tasty instrumentals combining the American genres of bluegrass, old time, gospel, folk and country music. Family friendly, the band can include interactive songs that engage kids as well as adults. The MISTY MAMAS are Katherine Nitsch (vocals & guitar), April Parker (vocals, mandolin, accordion) Eileen Rocci (vocals & upright bass) and Tony Rocci (guitar, mandolin & vocals).The band got its name from Carol Harley, founding member of the Misty Mamas and the very popular local Americana Band, Misty River. Carol Harley has retired from the band and is enjoying being a grandma!
Eager to connect with their audience, the Misty Mamas tailor performances that not only entertain but educate as well. You might hear historical secrets and local lore woven into the music. Timeless melodies and heartfelt lyrics are laced tightly together creating a musical experience rich with history, steeped in tradition and performed with character and exuberance! Released March 2009, Misty Mamas’ CD, Wild Rose of the Mountain, genuinely captures the essence of these musicians on stage. Misty Mamas released their new cd, Come On Home in May 2018! Please see our calendar and bios page for information on guest artist(s)with whom we will be performing.

• “Misty Mamas Sweetly heartfelt vocal harmonies are this bluegrass/oldtime string music band’s highlight.” – Luciana Lopez, Arts & Entertainment, The Oregonian
• “Wild Rose of the Mountain is an album that could resonate across the country, as all-female Americana bands as good as the Misty Mamas are few and far between. These ladies, like the music they play, are worth celebrating.” – Ossie Bladine, Editor The Vancouver Voice
• "The real strengths of this recording are the great sound, well chosen material, terrific vocal harmonies, and sense of humor… This is timeless music that you’ll enjoy for a long time. ” – Jack Bohl, Local Lore, Portland FolkMusic Society
• “…one of the most exciting and delightful releases of any bluegrass or folk band in a long time…you can see the Misty Mamas live and they are just as good as the record,…don’t listen unless you’re ready to fall in love.” – Katie Naylor, Positively Entertainment
• “I love songs that create word images and evoke real feelings, and I especially appreciate fantastic, true to pitch harmonies that tell those stories. …'Wild Rose of the Mountain' is one of those CD’s that do all of the above… This CD would be a lovely addition to anyone’s collection.” – Sharon Sandgren, Bluegrass Event Producer
• “The popular band [Misty Mamas] is becoming a favorite on the Portland acoustic music scene. The women play bluegrass, traditional and original songs, as well as combinations of country and gospel and folk music.” – Thelma Savage, Special to The Oregonian